Soil is the top layer of the earth’s surface, which consists of organic matter, humus, minerals, and inorganic substances. It acts as a medium for plant growth. Its formation is the combined effect of physical, chemical, biological processes that can go on for hundreds of years. The rock disintegrates into their constituent parts due to the impact of natural forces like wind, water, changes in temperature, etc.

Soil can be classified according to their texture, color, proportions, and different forms of organic and mineral compositions.

Different types of soil based on their texture

Sandy soil contains more than 35% sand and less than 15% clay and slit. Primarily this soil formed due to erosion and fragmentation of rocks like granite, limestone, and quartz. Its particles are comparatively large ranging from 0.2 to 2 mm in size making it extremely porous. This lowers its water-holding capacity which makes them unsuitable for most plants. 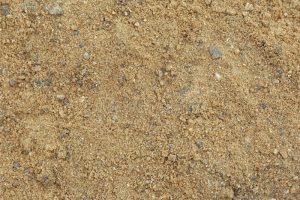 Silt is a sediment material that is transported by moving currents. Its particles are smaller than sandy soil but larger than clay particles. With particles measuring from 0.002 to 0.06 mm, it is rich in nutrients with a high water-retaining capacity which makes it quite fertile. This type of soil is found near the river, lakes and water bodies. 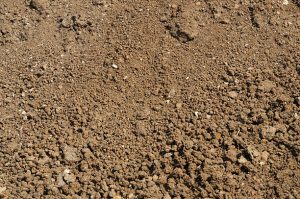 Clay soil contains the finest particle among all soil types measuring less than 0.002 mm. The particles in this soil are tightly packed, leaving very little or no space in-between. This leaves the plant roots with very little space to flourish. It is rich in nutrients and organic matter and can hold more water than most other soil types. 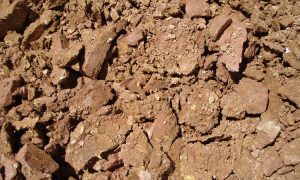 Loam soil is a combination of sand, silt and clay soil which gives advantages of each of these soils. It has a high humus content, good water holding capacity and sufficient aeration. This gives the roots of a plant to get enough water, air, and space to grow making it suitable for cultivation. Mainly used for gardening, it is also referred to as the ‘gardeners’ best friend’. 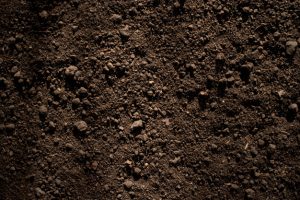 Different types of soil based on their color

Red soil develops in warm, temperate and moist climates. Their red color is due to the presence of iron oxide. It is not as fertile as the black soil since it is deficient in nitrogen, humus, lime, and potash. With proper irrigation, they can produce a variety of crops. Laterite soil is one of this kind. 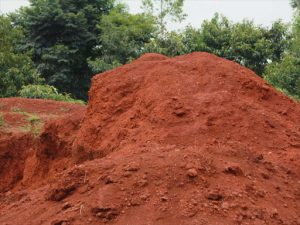 Black soil is formed from lava rocks. It contains a high percentage of humus and it is rich in clay. It is very fertile and its water retention capacity is very high. It is also referred to as ‘Chernozem,’ a Russian word which means black soil. 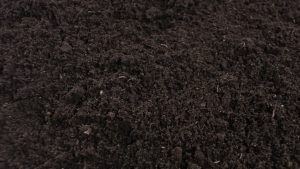 1. What is the study of soil known as?

2. What is the formation of soil known as?

3. Which type of soil holds the most water (least permeable)?

4. What type of soil is found in the desert?

Animal Cell: Its Parts and Structure with Functions

What is an Animal Cell A cell is the structural and functional unit of life. It is also the sma

Definition: What is Archimedean Spiral? If a line rotates in a plane about one of its ends and,

Definition: What is Convex Mirror? A convex mirror is a curved mirror that forms a part of a sp

Definition: What is Concave Mirror? A concave mirror is a curved mirror that forms a part of a